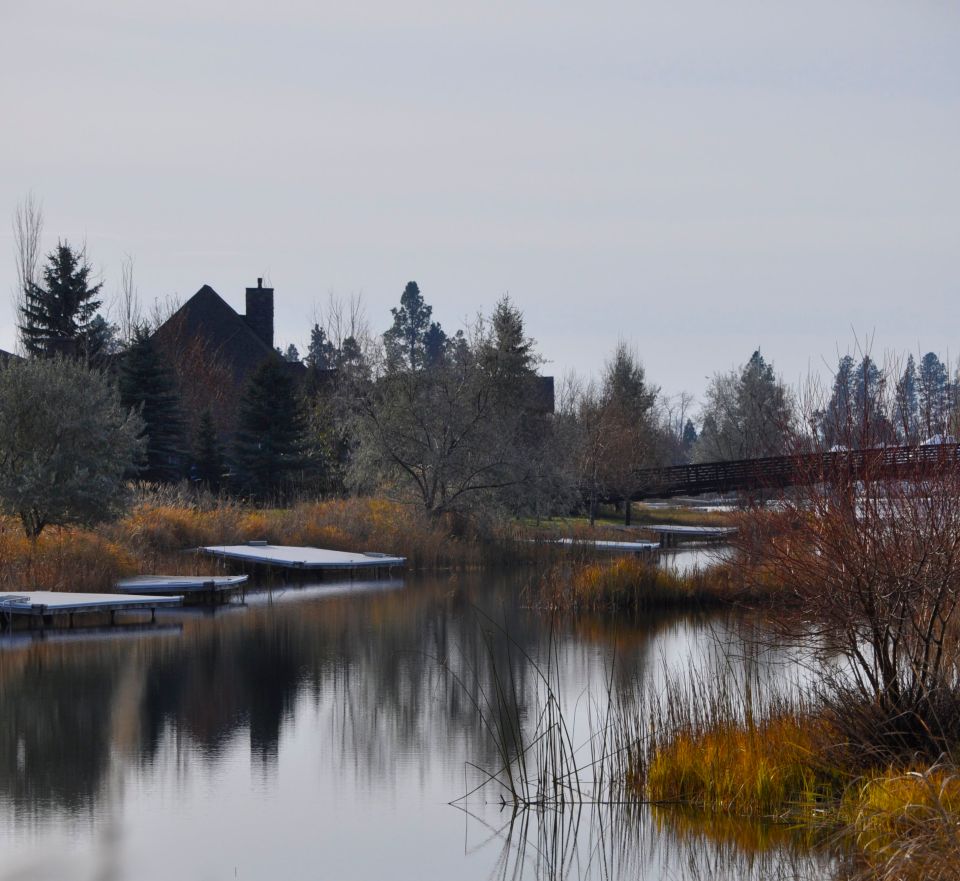 “If I were a bird I would fly about the earth seeking the successive autumns.” –George Eliot

I like to call that period between mid-September and Halloween, Fall.  And I like to call November, Autumn.   This month doesn’t have the red and golden blaze of Fall, but there’s a muted, mellow warmth in the dim November light and an ordinary scene near my house looks like an English pastoral oil painting.  I could have sworn that the new contemporary house with fake clapboard siding was an old brick English cottage with moss on its slate roof and red ivy vines entangled in the mortar of the crumbling brick chimney.  It’s a faux chimney to vent the gas fireplace, just like the still water is an artificial canal for the summer time golf residents so they can motor their boats to the man-made channel out to the river, and eventually, Flathead Lake.

It didn’t matter to me one bit that what I was seeing was an illusion of a more romantic scene steeped in history.   The air still smelled of wood smoke and the soft breeze ruffled the reeds and cattails as I looked into my view finder, and I heard the wing beat of wild geese flying low over my head.  I printed out the photo and all day I looked at it on my kitchen counter, imagining how I might paint it.  I’d add a few aged rowboats with faded red and British green paint to replace the ugly aluminum docks.  Maybe some wood smoke swirling out the chimney.  Maybe even a Christmas tree since the cold rain and snow has returned today.