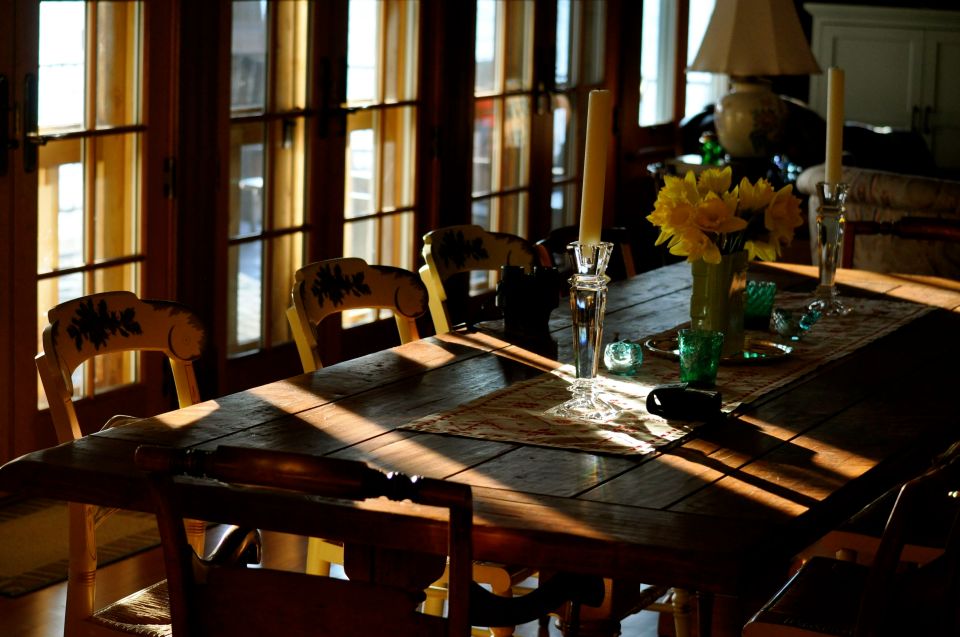 03.23.14  This is what Don said yesterday morning, when he decided to go skiing again, because it was too cold to ride his bike.  It’s 18 degrees in town and a skiff of snow remains on the stone steps up to the garage.  He announced today, that while he knows the trails would be pristine this morning, he’s going to ride his bike on the wind-trainer in the basement instead.  Because, he’s just ready for Spring.

Spring teases and taunts us this time of year.  For every frozen pond I pass on the way into town, there’s one with open water filled with ducks.  For every white band of snow showers drifting down over the mountains, there’s a hole in the sky above it, colored in robin’s egg blue.  And, I do think there might be a hint of green in the vast fields I drive by, if the light is slanting at just the right angle, if I squint, if I only believe.

Meanwhile, the evening sky just intensifies.  Already in my flannel lounging pajamas, snuggled into the library to watch another Netflix movie with pizza and beer, here comes the sunset light.  It squeezes in through the new screen doors, teasing me with visions of long evenings on the porch, the awning pulled down to break the heat, from the warm sun still high in the sky at bedtime.