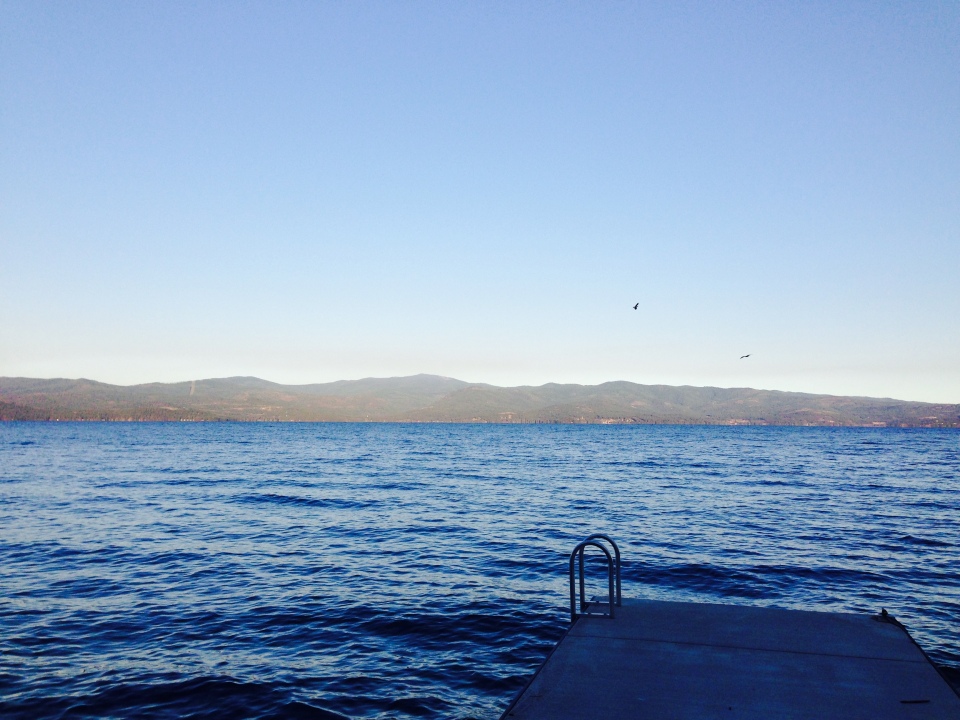 08.22.15  Temporarily, that is.  The smoke is scheduled to return at 1 p.m. this afternoon, but after yesterday’s all-time worst smoke, a dramatic change in the weather has provided this morning’s reprieve.  It had been a dreadful day.  By 5 p.m., smoke was billowing through the woods like fog rolling in off the water.  I was following the NOAA forecast closely, not quite believing that a front coming down from Canada would bring frost by morning.  Erratic winds with lightning were predicted; forest fire managers must have been terrified.  It was eerie to watch the tall pines sway and currents of air make swirls on the lake, every which way.  The weather vane began to spin and great waves washed over the dock.   A smattering of rain fell and the temperature dropped 20 degrees in 90 minutes.  It was other-worldly to stand on the porch and smell moisture and feel the cold air rushing in.

Fires did blow up and their smoke will begin to blow over us again as the temperature rises.  But, I’ve opened all the windows and we are airing out the house and it couldn’t be more delightful.  On our run this morning, I said to Don that I was going to investigate whether or not the community college offered a course on meteorology.  I would love to look at cloud formations and know what weather they portend.  And, to understand the different layers of air, and why the winds were so erratic yesterday, and what they mean when they predict “back door” weather is coming our way.  He said I sounded very much the “Keyser” that I am–a term to describe a family trait I share with my siblings.   I suggested it was because we were “curious” people, but, I knew he was pointing out that if I understood the science of weather, then I would probably feel like it was in my control.  Interesting, the things you can see, clearly, once the smoke is gone.