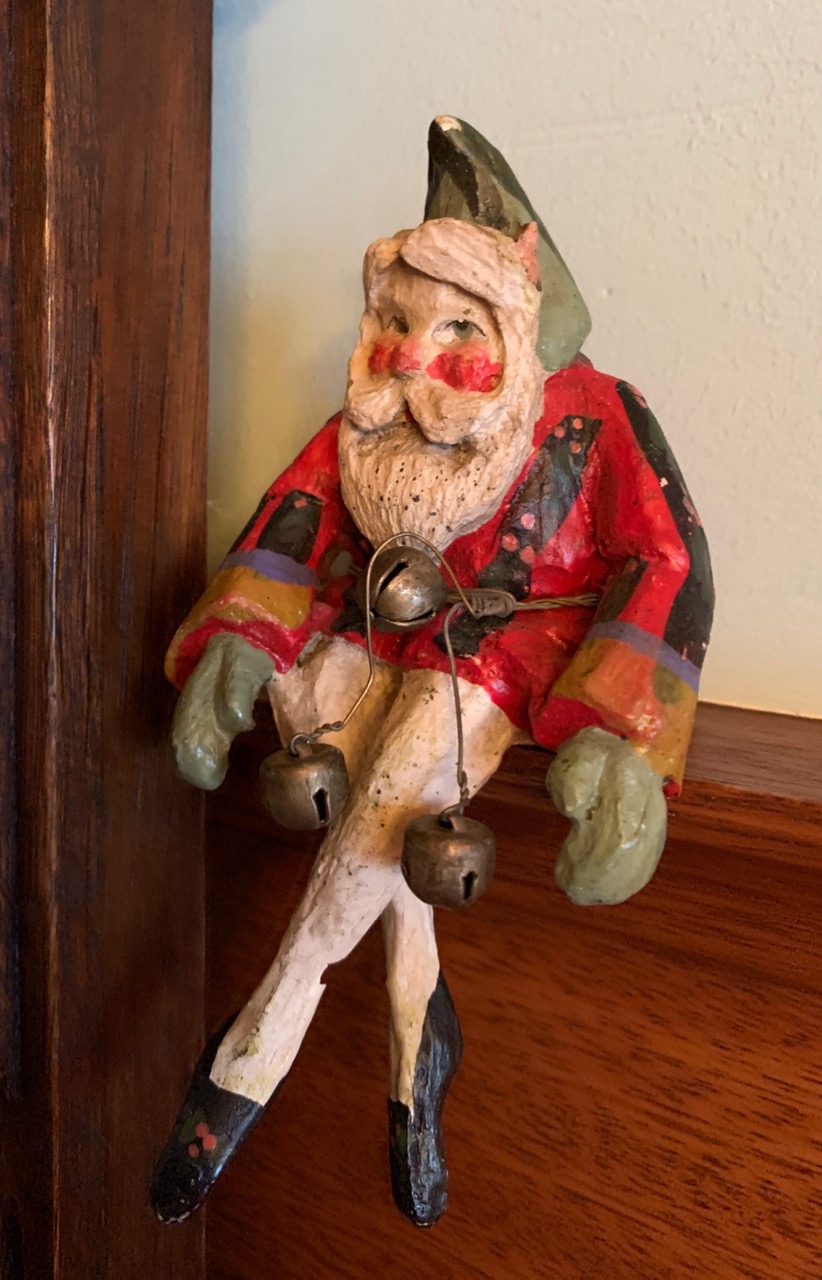 The Winter Solstice has arrived, and the full Long Night Moon was enormous as it slid down into the lake this morning–there will be a glow in the sky on this longest of nights.  The wind is raging out there, the wind chime is furiously gonging, and the outdoor Christmas trees are wiggling to and fro.  There’s no snow.  The Solstice is always cold, dark and still, and incredibly quiet, but all feels in disarray as we begin this day.  It’s one of those times in which the ancients would have seen this as an omen, a message from the gods, a long dark night full of foreboding.

We’ll go on our annual solstice walk, out to the head of the lake, at sunset, which we won’t be able to see today.   It’s been our tradition for so many years now, sometimes with visiting family or friends.  It has come to be an important ritual for me, to stop and be present for one of life’s thresholds, in which the sun stands still for a moment, as low in the sky as it will be, and then begins its slow climb back up, promising light and warmth to future days.  It’s a closing, and an opening, in the same moment– an uneasy ambivalence that must have informed the ancient rituals of building bonfires, singing and dancing for the sun’s return, and using the darkness as a reckoning to cleanse one’s past.  In his poem, Sweet Darkness, David Whyte says, “Time to go into the dark where the night has eyes to recognize its own…The night will give you a horizon further than you can see.”  And, it’s “the place of caught breath…“, writes Margaret Atwood:

“…This is the solstice, the still point of the sun, its cusp and midnight, the year’s threshold and unlocking, where the past lets go of and becomes the future; the place of caught breath, the door of a vanished house left ajar…”

On my winter mantle, there’s a framed print– a page from an old Scandinavian book of fairy tales–which I got at a flea market years ago.  The caption is likely Swedish, and the painted illustration depicts a tiny troll-like figure, trudging through the snow in darkness with a pack on his back, and there’s a small cottage, yellow lamp-light in the window, with smoke coming up the chimney.  It absolutely enchanted me, living as I do in dark long winters.  In the Arctic Circle countries, this gremlin/elfin creature is called a Tomten, and he has never been seen by humans, but comes in the dark to the barn, and cares for the animals, during the long cold winters.  I think all ancient cultures have some sort of wee folk as magical totems–at our house, we have this little elfin creature who guards the dark living room, after we’ve gone to bed.  When I researched the origin of  Tomtens, it seems to have come from a long ago poem by Viktor Rydberg, and there’s a lovely illustrated book by Ingrid Lindgren, still in print, which translates this ancient poem into a prose story of darkness and hope.  In the original poem, the dark night is full of fear and existential loneliness, but it is juxtaposed with winter’s beauty, and, a solitary Tomten–who we cannot see–bringing light, kindness, hope.  The Winter Solstice.

…Still is the forest and all the land,
Locked in this wintry year.
Only the distant waterfall
Whispers and sighs in his ear.
The tomte listens and, half in dream,
Thinks that he hears Time’s endless stream,
And wonders, where is it bound?
Where is its source to be found?

From Tomten, by Viktor Rydberg

1 thought on “The Solstice and the Tomtens”