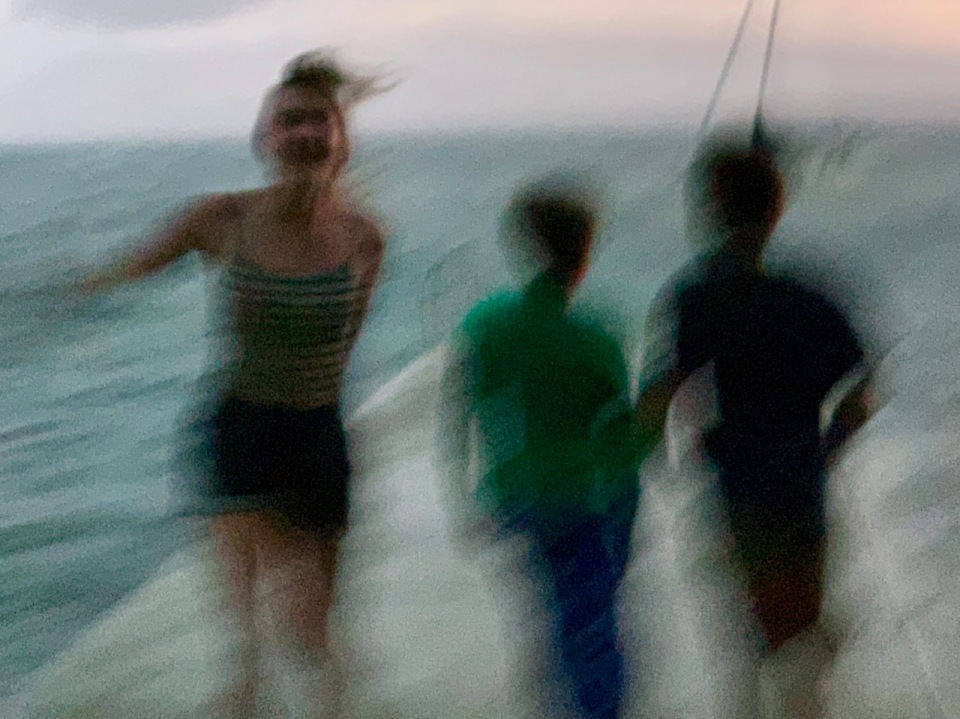 “August rain:  the best of the summer gone, and the new fall not yet born.  The odd uneven time.” (Sylvia Plath).

I’ve been reading a novel this summer that starts out, “It was the beginning of the ending”.  We’d had weeks of heat and hot summer nights as ceiling fans spun at full-speed ahead over our beds.  It was endless summer of swimming and sailing and croquet, books read in the hammock, and a tranquil motorboat ride one sunset evening when the water was still, the air humid, and it felt like things would never end, never change.  Then, in the final days of the California family’s visit, a fierce storm came up the lake and nearly blew the kids off the dock as they raced to the porch for cover from the lightning and rain and crashing tree limbs.  The power was off and on for 24 hours, our road was blocked by a fallen tree, and enormous logs littered the beach, twisting the metal ladder on the dock into a pretzel, and pushing the motorboat askew on its wooden ramp.   When it was over, it left behind temperatures 10-20 degrees below normal with rainy skies, and I can sense that summer is beginning to dust off her “closed for the season” sign.   It feels unsettling to see trees so lush and full of  green, and know that very soon, fall will begin to fold over the remains of the season.

I am nearly alone now, after weeks and weeks of a full house.  The Billings family arrived on Wednesday, just four hours after the California family said goodbye.  Joy and Rich left their two remaining teenagers behind to stay with us, as they drove Fletcher to Bellingham for orientation at Western Washington.  I’ve been getting photos of his dorm, a quintessential college building of brick and ivy.  As Joy wrote on Facebook, “It’s beginning to feel real!”  Yet, it’s everything surreal for me, to have my first grandchild going off to college, out there on the northern coast of Washington–” a beginning of the ending” of all that came before, starting in his little blue nursery, a breeze blowing the white lace curtains, as I rocked him in the wicker chair.  It’s a new exciting beginning for him, of course, and the promise of adventure and discovery.  But, with the hint of autumn in our chilly damp air, this grandmother knows there’s also an ending.

A warming trend is predicted for the first part of next week, before temperatures return to a more normal late August.   The house will be empty then, and I look forward to bits of summer hanging on for a while longer.  I need that time to sit in the sunshine and stare out at the water, and just think about it all, sorting memories and savoring a summer that has already come and gone.  Fall is my favorite season, and, in time, I’ll look forward to its arrival, but I’m not yet ready to leave the ending of summer.

But when fall comes, kicking summer out on its treacherous ass as it always does one day sometime after the midpoint of September, it stays awhile like an old friend that you have missed. It settles in the way an old friend will settle into your favorite chair and take out his pipe and light it and then fill the afternoon with stories of places he has been and things he has done since last he saw you.” ― Stephen King, ‘Salem’s Lot