“Conversation about the weather is the last refuge of the unimaginative.”  Oscar Wilde

Finland’s Weather and Sea website has 45 different weather symbols!  This is what’s been happening out my window during the last week of January. 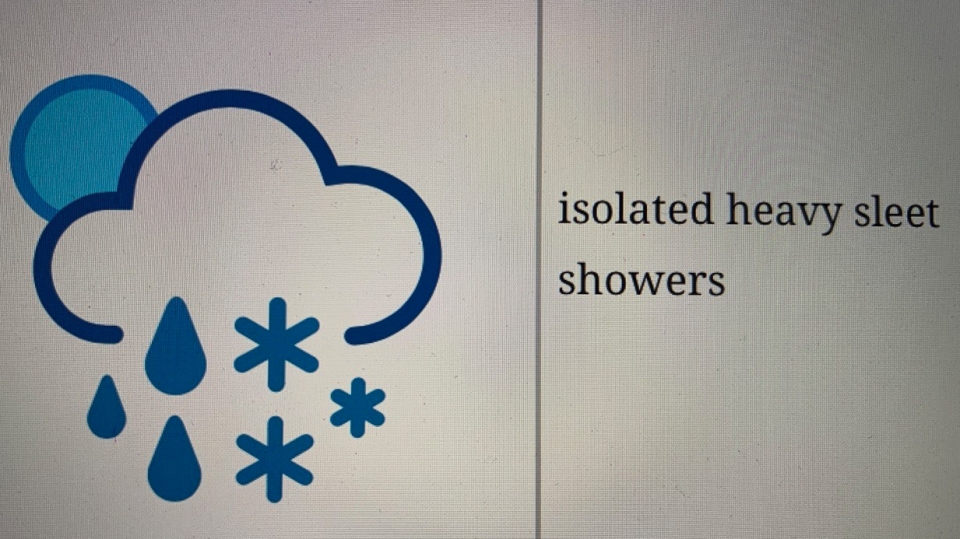 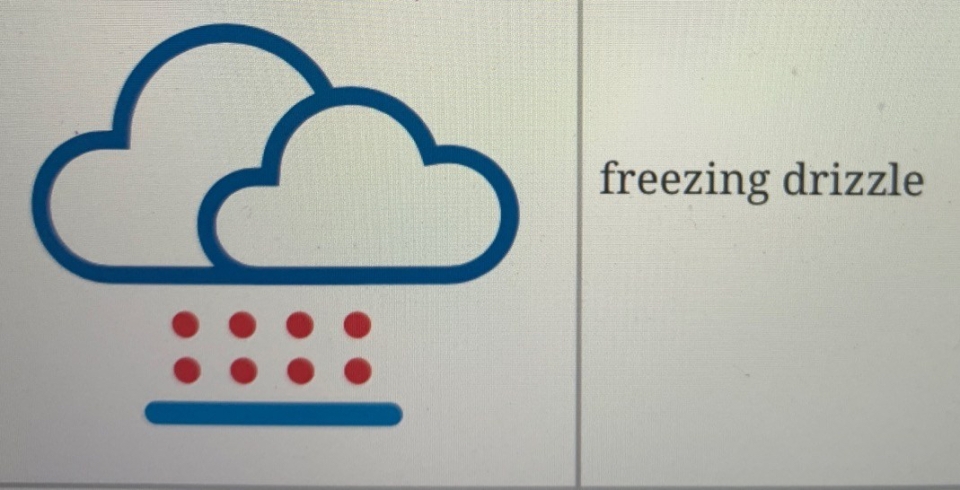 I love the one for fog–which envelopes us after darkness.

Way back last Monday, at 40 sunny and breezy degrees, I sat on a rock by the water, sheltered somewhat from the onshore breeze, with Chatpeau pouncing around as if it were summertime.  Rita had sent me a message that her tulips have sprouted about three-quarters of an inch up out of the ground, and she can see buds on lilac bushes.  The battery operated candles in my living room, programmed back in November to come on at dusk, look out of place when afternoon light streams into the house.  As does the Christmas tree on the porch.  But, as the week went on, we resumed normalcy with snow, sleet, fog, and ice.  There is much winter to go, but, still, the hunt begins for the little, teeny, tiny signs of the new season, as we start February.

I came across a small notebook in my desk the other day, which I had entitled, “A tale of the gray cloud, first winter on the lake, 2002-2003.”  I had forgotten that I started making short notes about the weather that long ago.   My earliest entries listed details of the temperature, the cloud shapes, the wave action.  As time went on, I began writing such things as:  a silver thread across the water, splash of sun, moon lighting the clouds all night long, always the fog, a quarter moon sliced through clouds.  By the next winter, my entries became sporadic, and there was a two-year break, during the cancer years.  But, I started up again on 3.31.06 with “Barn swallows have arrived!  I saw my first osprey while driving across the head of the lake.  There is hope!”  Eventually, I moved over to this blog so I would have a place for my photos.

In reviewing my nearly 20 years of sporadic notes, I saw how the rhythm of the weather is unchanged.   Sometimes snow is late, or snow is early, and usually there is plenty of gray freezing rain.  Then there are years with lots of winter sunshine, or bitter cold, or so dry, or so wet.  There is ice fog that dances across the pale blue lake in pink sunshine, or there is fog that shuts down the airport.  And, there were occasionally those important observations about a silver thread across the water, the moon lighting clouds all night long, and the arrival of barn swallows.  And, now, there is word that Rita’s tulips are pushing up through frozen soil.  Weather observations.  We look out our window to see what the weather is each morning…it’s so basic, and it can determine our mood.  It quite often isn’t the kind of day we had requested.   But, when I soothe myself to sleep at night, and shut out the news of the day and quiet my fears, it’s the memory of how the cold air felt on my face when I walked out of the house first thing in the morning, or watched sunlight move down my living room wall at the close of day, that can ease my heart.

And, when I am awake in the middle of the night, I look out my window in search of stars, and when they are there–often above the fog–I know that some upper levels winds are changing everything.  If I am awake long enough, I can track a bright star move in relationship to the window pane, and see that the earth is turning on its axis, according to plan, and know that tomorrow is a new day, with a new chance, a new perspective.  The Tibetans have a tradition in which they turn their tea cup upside down before bed, signaling that the day is over, to be washed away by the night.  In the morning, they turn it right side up, so it is open to receive the opportunities in a new day.  It seems to me that the changes in weather, can sometimes do the same thing.  And, there’s always the chance the weather will behave itself.

The weather behaved itself. ¶ In the spring, the little flowers came out obediently in the meads, and the dew sparkled, and the birds sang. In the summer it was beautifully hot for no less than four months, and, if it did rain just enough for agricultural purposes, they managed to arrange it so that it rained while you were in bed. In the autumn the leaves flamed and rattled before the west winds, tempering their sad adieu with glory. And in the winter, which was confined by statute to two months, the snow lay evenly, three feet thick, but never turned into slush. ~T.H. White, The Once and Future King, 1958